What Version of Windows is Your Business Running

Small business in Australia are at risk of a highly infectious ransomware attack, which experts fear could be as disruptive as the 2017 WannaCry cyberattack.

Concerns surrounding the potential severity of the new cyber virus called BlueKeep has prompted Australia’s Cyber Security Centre (ACSC) and Microsoft to issue warnings to users to update their operating systems as soon as possible.

The vulnerability involves a common Windows protocol, which can allow hackers to remotely takeover computers.

Microsoft has listed BlueKeep as a 9.8 out of 10 in threat severity, prompting its comparison to WannaCry.

Microsoft says BlueKeep is able to ‘worm’ its way into computer systems without any user interaction, and then it can easily takeover other systems and entire networks.

ACSC has warned that BlueKeep has the potential for “significant, widespread harm around the world.”

“The BlueKeep vulnerability is readily available to cyber criminals who seek to exploit vulnerable systems en masse. These criminal groups are not necessarily targeting unsuspecting users; they’re simply sweeping the landscape for vulnerable, outdated systems that are easily penetrable.” 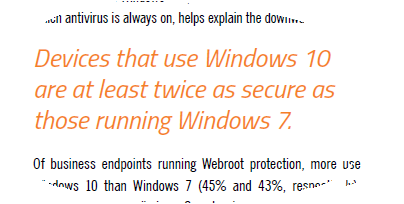 HOW TO PROTECT YOURSELF

Microsoft has offered fixes for the vulnerable operating systems.

The ACSC recommends that if you’re still using Windows 7, you update your Windows software as soon as possible.

“If you’re using Windows XP, we recommend you upgrade to a new version of Windows. These updates will not happen automatically, it is important that users of these systems update them manually.

“If you’re using Windows 8 or Windows 10, you don’t need to do anything as these systems are not affected”, the ACSC advises.

As a Microsoft Gold Partner, Think Technology Australia  is able to professionally assist business to update or replace their Windows operating systems.