What Do the New Laws Mean?

Australia’s new encryption laws require tech giants such as Google, Apple, Amazon, Facebook and Twitter to help law enforcement agencies obtain the encrypted communications of suspected terrorists and other criminals but this could also flow down to the smallest manufactures and end users.

Encryption is a technology used daily to scrambles messages in such a complex way that it’s virtually impossible to decipher the online communications.

It’s called “end-to-end” encryption. We use it in business and in our personal lives every time we access the internet to browse the web, send emails or do our online shopping or banking.

While it gives privacy and protection to law abiding actions, it can be used by criminals to hide their online nefarious activities.

If a warrant is issued, our law enforcement agencies will be able look at our phones and computers to read messages before they’re encrypted, or read them once they’re decrypted on the other end. 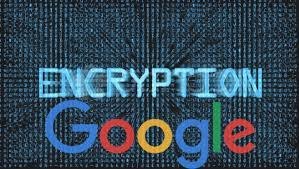 The laws don’t specify exactly how tech companies will do this, just that they’re obligated to assist when requested to intercept messages of suspected criminals.

The major tech companies and civil liberties advocates argue that the laws could potentially jeopardise the security of the apps and systems that millions of Australians use every day by opening a door to hackers and compromising the security provided by encryption.